MAEF > UNEARTHING THE SILENCE. Antoni Benaiges, the teacher who promised the sea

In August 2010, photographer Sergi Bernal was able to graphically document the opening of a mass grave in the mountains of Pedraja, near Bañuelos de Bureba. Back in Barcelona, ​​he received a call informing him about the possibility that, among the hundred bodies recovered, one of them could be that of a Catalan teacher who had worked at Bañuelos in the mid-1930s. Fascinated by that story, the photographer returned to the village and spoke with neighbours who had known him. He also established contact with the Benaiges family and with scholars and professors of the Freinet technique, as well as visiting official archives and libraries to locate all the necessary documentation to unearth the memory of that teacher.

In 1934 the Catalan teacher Antoni Benaiges was assigned to the public school of Bañuelos de Bureba (Burgos). Benaiges arrived at this village determined to apply, in a rural environment reluctant to change, a new educational technique that at that time had just been introduced in France and had only been tested in a few small schools in Spain. This method, known as the Freinet technique, had among its principles the use of the printing press as a tool to encourage the maximum involvement of pupils in the learning process. The Civil War and the harsh repression on the part of the insurgents frustrated that project and put an end to the life of Benaiges.

Without a doubt the exhibition is also an opportunity, by way of the images shown, to find out about the work of exhumation of a mass grave, one of the many on which work is currently undertaken throughout the Spanish state. 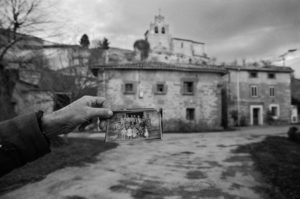 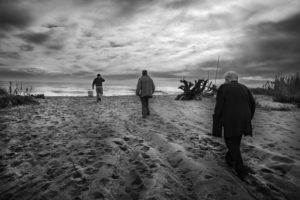 We want you to be part of our museums, experience its beauty and this is why we offer several ways to let you engage with us to help maintain and develop the museums. Whether you are a student aspiring a career in social work or a business person who loves to preserve and care about the local history or a couple looking to get married in an awesome traditional way. We have everything for all of you. Become a member today!

Your ticket for the: UNEARTHING THE SILENCE. Antoni Benaiges, the teacher who promised the sea