Doctor by family tradition, Vilar-Sancho graduated from the University of Valencia and received his doctorate in Madrid, specializing in Hydrology. But, above all, together with his wife Pilar Parra Rodríguez, he was an enthusiastic lover of the sea, practicing submarine fishing from a very young age and passionately taking part in the launch of underwater archeology in Spain.

A great lover of the sea, and especially diving, since 1960, together with his family, he spent long periods at his house on the shores of the bay of Sant Antoni de Portmany, where a dock and a dry dock for their “floating material”, a sailboat and motorboat, was built, partly designed by himself, as the sketches found in the papers he left show. His interest in archeology motivated him to finance and participate directly in the two archaeological interventions carried out in 1962 and 1963 on the wreck of the Grum de Sal, located southeast of the island of Conejera, under the supervision of the then director of the Archaeological Museum of Ibiza, José Mª Mañá de Angulo. Another site that included exceptional pieces is the wreck of Cap Negret, located on the north shore of the Bay of Sant Antoni de Portmany. Shortly before his death, he donated an interesting bronze candelabrum from the Caliphate era, found in the waters of the Illes de Ponent, to the Balearic Government.

After his death, the family of Dr. Vilar-Sancho decided to donate the material of underwater origin recovered in his dives, together with the funds of his library specialized in marine issues and the documentation related to the arqueological campaigns of Ibiza, to the Balearic Government, and this fact has permitted the preparation of this temporary exhibition that is dedicated entirely to his work as a person who loved and respected the sea and, above all, the submerged heritage of the islands of Ibiza and Formentera. 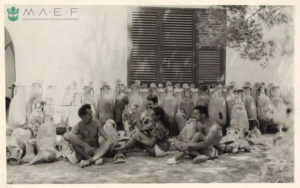 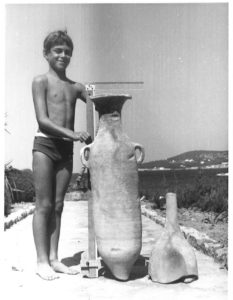 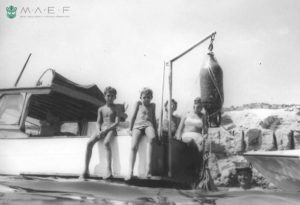 We want you to be part of our museums, experience its beauty and this is why we offer several ways to let you engage with us to help maintain and develop the museums. Whether you are a student aspiring a career in social work or a business person who loves to preserve and care about the local history or a couple looking to get married in an awesome traditional way. We have everything for all of you. Become a member today!

Your ticket for the: Passion for the sea: the Vilar-Sancho collection